By: Sam Longe
In: News
With: 0 Comments
Spread the love

Nigeria has overtaken South Africa as the biggest economy in Africa after the latter went into recession.

This is the second time in two consecutive years that South Africa’s economy slumped into a recession.

South Africa’s Gross Domestic Product (GDP) shrank by 1.4 per cent in the last quarter of 2019, data from Statistics South Africa showed. Also, gross fixed capital formation decreased by an annualised 10% in the quarter. 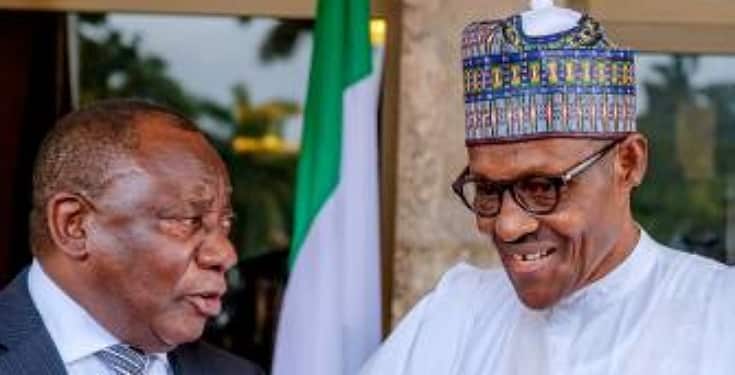 According to Bloomberg, Nigeria’s economic growth beat forecasts in the fourth quarter of 2019 as oil output increased and the Central Bank took steps to boost credit growth.

Nigeria’s GDP grew by 2.55 per cent in the fourth quarter of 2019, its highest quarterly growth since the recession of 2016.

This means that Nigeria’s GDP is the largest in Africa.

Bloomberg reported on Tuesday that the answer to the question of whether South Africa or Nigeria was the biggest economy on the continent had long depended on which exchange rate is used for Nigeria.

But now both the official Naira rate of 306 per dollar and the weaker market exchange rate of around 360 that most investors use put Nigeria tops, according to the report.

The report said, “Nigeria’s economic growth beat forecasts in the fourth quarter, helping its economy to expand the most in four years in 2019 as oil output increased and the central bank took steps to boost credit growth.

The GDP in the West African country stood at $476bn or $402bn, depending on the rate used.

“South Africa’s economy went the opposite direction. It slumped into a second recession in consecutive years, contracting more than projected in the fourth quarter as power cuts weighed on output and business confidence.

“For the full year, expansion was 0.2 per cent, the least since the global financial crisis, and even less than the central bank and government estimated.

Projections show Nigeria’s economy will continue to grow faster, says Bloomberg which reports on the International Monetary Fund forecast for Nigeria’s 2020 growth at 2% and South Africa’s at best at around 0.8%.

ARTISTE OF THE MONTH – Sho Madjozi

Madjozi was born on 9 May 1992 in Shirley Village, Elim, Limpopo, the daughter of Rosemary Phaweni and Marc Wegerif who ran a non-governmental organisation which was made to assist people with their land claims. Her mother is of African descent while her father is of European descent. After her parents divorced at an early age, she was mainly brought up by her mother. Madjozi has half-sisters from both her mother’s and father’s sides. As her father, Marc Wegerif, traveled regularly in particular regions of the continent, Madjozi had opportunities to travel with her father – she followed him to Dar es Salaam, Tanzania, where he worked for the charitable organisation Oxfam while she was a teenager. She also spent some time selling clothes at markets in Senegal during 2016 to provide for family.