By: Sam Longe
In: Sports
With: 0 Comments
Spread the love

UEFA has decided to postpone this year’s European Championship until 2021 because of the ongoing coronavirus outbreak, according to the Norwegian FA.

The football tournament had been due to kick off in Rome, Italy, on June 12 and was to be played in 12 different host cities across the continent.
At an emergency meeting Tuesday, European football’s governing body ruled the competition will now be played between June 11 to July 11 next year, says the Norwegian FA, which is one of UEFA’s 55 members associations. UEFA has yet to confirm the decision.
European football’s governing body has told CNN that any decision taken will have to be ratified by UEFA’s Executive Committee and that an official announcement will be communicated via a press release later Tuesday.
The majority of Europe’s top football leagues have already been suspended because of the virus and Italy, France and Spain have all introduced lockdown restrictions on millions of citizens as they try to lessen COVID-19’s impact.
Italy, in particular, is struggling to cope with the biggest outbreak of the virus outside of China and the president of the country’s football federation (FIGC) had urged UEFA to consider postponing Euro 2020.
Gabriele Gravina said domestic leagues and cup competitions should be completed before the international tournament begins and warned that other countries did not yet know the full extent of the problem.
“We believe that it is right and more correct to give the right outcome of the many sacrifices, efforts, investment brought forward by our society” he said, confirming he hoped Serie A would be concluded by June 30 but he did not rule out a further extension. 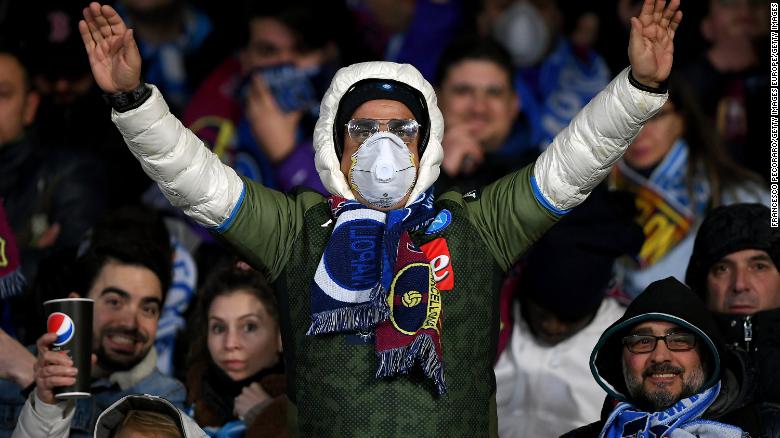 Major soccer leagues across Europe have been suspended.

European football’s governing body had called for Tuesday’s meeting of all 55 individual federations to discuss the potential impact of the virus as governments stepped up their approaches in dealing with the crisis.
The meeting was conducted by video conference and involved the boards of the European Club Association, the European leagues and a representative of FIFPro, the players’ union.
The number of confirmed cases in Europe continues to rise with travel between nations being restricted.
UEFA also has the headache of deciding what happens to this season’s European competitions — the Europa League and Champions League.
Those club competitions are currently in the knockout stages but both have been temporarily suspended.
Facebook Comments